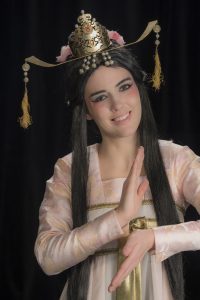 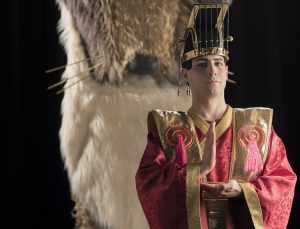 “While Jókai’s tale only represents the young emperor’s story, we follow the girl’s journey as well. Therefore, we put a kind of mirror-story on stage” – says director János Novák, who finds this performance especially challenging because in staging Jókai’s unique, Chinese-themed tale, he could also draw on his fresh, personal experiences he acquired at the ASSITEJ World Congress organized in Beijing in August 2018.

The production features Chinese shadow puppetry as well as a variety of traditional Chinese music and songs, and the actors play classic Chinese instruments. 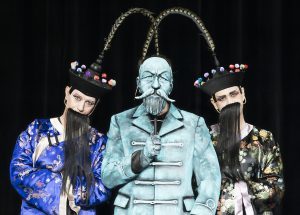 The Dream of the Young Chinese Emperor is recommended for ages 7-10. The premiere will be held on 17 November, at 3 PM, in Kolibri Theatre.

Find more information, with a scene-by-scene synopsis in English at https://en.kolibriszinhaz.hu/eloadas/the-dream-of-the-young-chinese-emperor/