There They Go Again

After his parents’ divorce, twelve-year-old Hics has lived with his mother. But now his father seems to move back home. Is it going to work between his parents this time? The play deals with the problem of growing up as a child of divorced parents in an unusual way. Its teenager heroes experience the meaning of friendship, sincerity, empathy, togetherness and loneliness for the first time in their lives to become more open-hearted and tolerant in the end. Whether the father finally moves back home or not remains a secret for now… 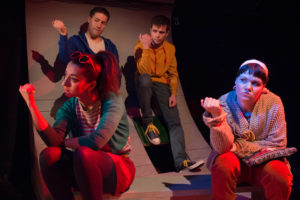